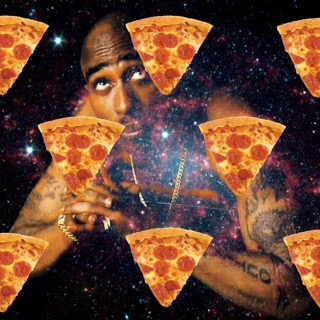 Have you ever been offered help to lift something and declined the offer, thinking:

Pfft, you seen dis measly slab of cement? You seen deez arms, son? I got dis.

Right before putting your back out under the weight?

Ever been sat watching the rugger and said to yourself:

I guess if I wanted to, if I really really had to, I could probably take Julian Savea in a fight.

Ever been reminiscing about school and been 110% certain you could ace your maths A level again, if you had to; whilst overcharging someone for a coffee and scone because you added up £1.60 and £2.00 as £7.45?

I don’t know what to call this. Is it arrogance? Maybe that’s too strong. Arrogance would suggest I was bragging about these untruths, or that I was actually attempting them. Overconfidence doesn’t cut it either, I think if there’s one thing I lack, it’s an abundance of ‘over’ in the confidence department. Let’s just call it, for the time being, stoopid optimism. I can’t be the only one who’s felt its effects, can I?

Regardless, yesterday morning I was struck by an acute case of the stoopid optimisms.

I woke up bright and early (which by my new – my-whole-life-is-a-holiday standards is like 8am) and brought up the map I’d been studying on my phone the previous night. Just to the south and west of my hostel began the mountain range encircling Hangzhou’s scenic West Lake, and thus, the starting point for the day of hiking I had planned.

I’d start out from my hostel (that little blue dot there) and walk southwest along the lower ridges until I reached the most southern of my three westermost points there – Tiger Hill. One of the highest peaks around Hangzhou. Then I wanted to trek northwards to North Peak (aptly named) – the highest of the peaks – before coming back down and round the lake and heading for home. A nice, full circle. Looks good on paper, huh?

BAM. That’s a straight up case of the stoopid optimisms right there. And who was I kidding? I haven’t played rugby (and thus been in any sort of decent shape) in four or five years, the cartilage in my knees sounds like a baby’s rattler when they ascend even the slightest incline, and my lungs have the immense privilege of belonging to a smoker. Not to mention that all of this is coming off the back of maybe a week and a half on me being on the sauce every night.

But of course, I look at the hills and mountains rising steadily before me into the morning mists and I think:

The first three hours of the trek are tough at points, but the surroundings are unexpected and exciting, the air is fresh, and there are plenty scenic spots to take a quick banana and (would you risk it for a) chocolate biscuit break.

Often times I’d stumble upon a pavillion or pagoda crowded with the most limber and lively octogenarians I’ve ever seen, chanting or practicising Tai Chi or dancing to tinny pop from someone’s wind-up radio. Other times I’d find myself entirely alone, my only company the russle of wind among the leaves, passing the occasional (elderly) fellow-hiker who, in typical Chinese fashion, would stop a respectable distance away, greet me with a Ni Hao, and continue on their way. Each time this happened their greeting warmed me, like just by being there on the mountain side, in the forests of the gods, I’d broken through the tourist barrier and, even if just for a second, was an accepted part of the environs.

I also was left each time feeling embarrassed to be leaning on my hiking pole, wiping sweat from my brow, as this 60/70-something year old skips on by, poleless and cool like they’ve AC built into their pores. 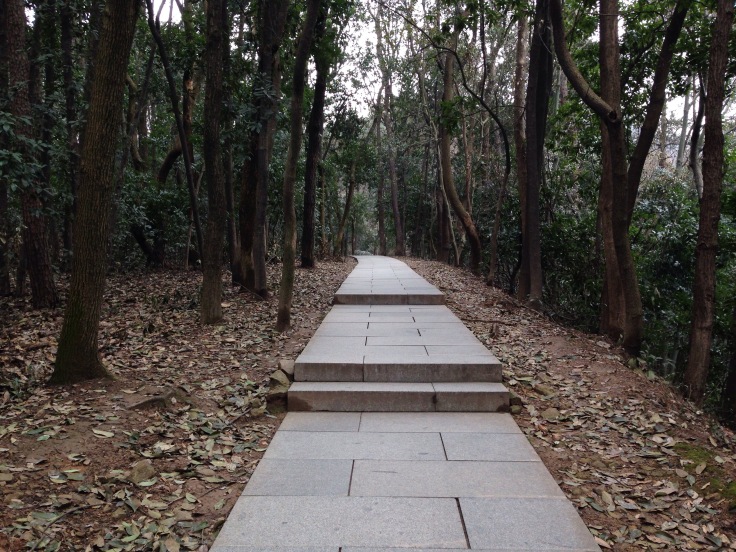 Midday rolls around (though if I was really Bear Grylling this shit sans watch and phone, I couldn’t have known given that, as you’ll can tell from the photo’s, the sun was refusing to show); midday rolls around and I’m making my way through a maze of streams and unmarked woodland paths at the bottom of Tiger Hill.

At this point my bag is beginning to pull unpleasantly at my shoulders, and I can feel that lactic acid build up just waiting for me to take a break so it can tear me a new one. But I’m like yo, I’ll summit this baby, crack on towards North Peak, and be back in time for tea.

Seriously doh. I took the last few steps up to the pagoda atop Tiger Hill like Frodo scrambling up Mt. Doom, but with even less decorum and without Samwise there to carry me half the way (srsly reread those books, Frodo couldn’t swallow soup without Sam there telling him how). Where was my Samwise!? By this point my legs are screaming, and although the clouds of stoopid optimism are beginning to dissipate under rays of you’re a fool of a Took, the rewarding views and sense of accomplishment are enough to make me want to press on toward the elusive North Peak. 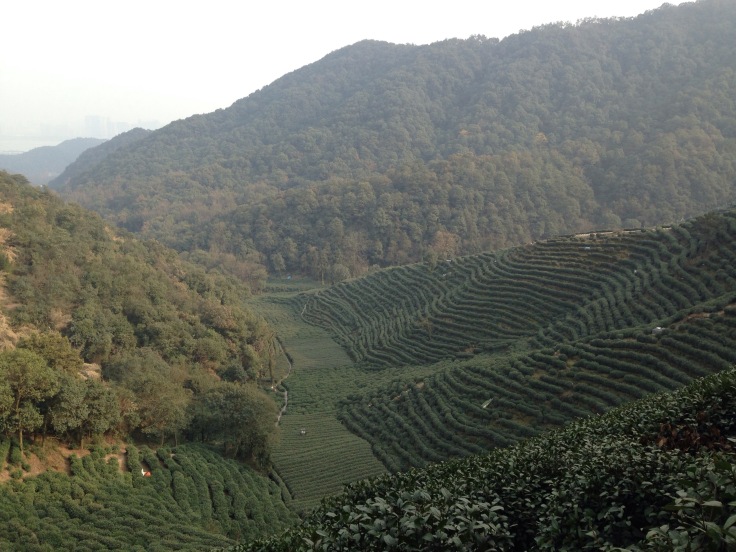 Here’s the punchline though: I fucking climbed that peak TWICE. I went down the wrong side, and I had to climb it again. Honestly I am so grateful I met no other walkers on that second ascent. I was a mess, I was rank, I was not fit for visual consumption. By the time I reached the top for the second time, my foolhardy stoopid optimism finally gave way to bitter reality – I was gonna have to make a beeline home, or risk my knees packing in. I felt like the bird in that sketch. 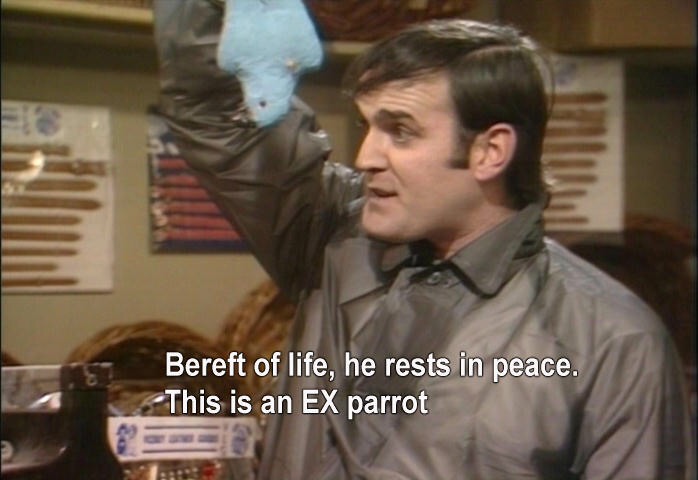 Only problem was, I’d decided I’d had enough right slap bang in the middle of my planned hike, and no matter how many times I check the map-app on my phone, home wasn’t getting any closer, nor were any shortcuts gonna just magically appear. I could have looked at it as a right royal fuck-up, as indeed you just might. But instead, I looked at the positives, ignored my crippled knees and set off on the final leg, all the while looking to Kenneth Branagh for inspiration. 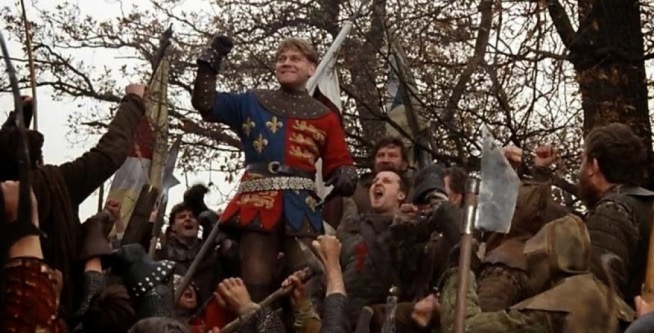 Once more unto the breach dear friends, once more.

God, that guy’s a wordsmith.

On my (mostly downhill) way back to town I passed by gorgeous swathes of paddy fields and bamboo groves, the failing light illuminating their trunks in jigsaw patterns. At one point the wood was so dense and the breeze strong enough that the sound it made passing through was loud enough to convince me I’d stumbled upon a waterfall. I walked through a hillside village where an old lady squeaked with delight at seeing me, giggling and Ni Hao‘ing as she gestured the shape of my beard about her own cheeks.

By the time I made it back to town (though the opposite side of West Lake from where I wanted to be) the sun was setting over the water, and I was walking with a ridiculous, though unavoidable limp.

Defiantly waving away taxis tooting for my attentioon, I slowly dragged my weary bones round towards the nearest metro – still about a 3km walk away. But the end was in sight, even if only on the map on my phone, I could see I was gradually geting closer. That was, of course, until my phone died. Curses.

In the darkness of night, now a full 9 hours of continuous walking into the day, I was lost and famished. All I had was the idea that if I kept the lake on my right and at some point struck out left, I’d hopefully come to the metro station. That, and the knowledge that opposite the metro was a Pizza Hut.

I know it sounds pathetic, (though I prefaced this with how unfit I am), but by this point I am actually old man grunting with the effort and pain it takes to put weight down on my left leg every couple steps. My only solace was the oasis of cheesy tomato-y deep pan pie somewhere on my horizon.

Then all of a sudden, rounding a corner, there she is, standing three stories tall and garishly fluorescent in all her glory, Madame Hut. Ya fucking dancer. And under the glow of that little red hat thing on the logo is a signpost for none other than Fengqi Road metro station, just 50m away.

I could’ve cried. I didn’t. I could’ve, but I didn’t. What I did do was absolutely demolish a side of fries and a veggie pizza size-suggested for 3 people – shamelessly piling back on every single calory I’d expended earlier that day.

I even met some other native-English speakers over my scran who helped relieve me of my three day not-with-myself-or-my-reflection-conversation drought.

From their I stumbled, full to the brim of carbs and joy, onto the metro and, shortly afterwards, into my bed.

And that, my friends, is the story of the day Pizza Hut saved my life.

3 thoughts on “The day that Pizza Hut saved my life”